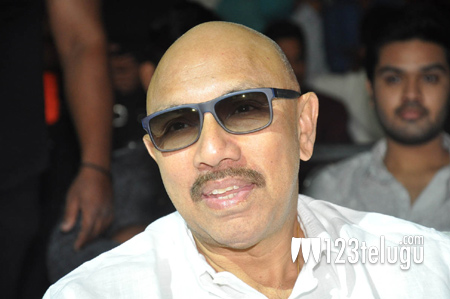 Keeping aside the disappointing result of his last outing, Shivam, young hero Ram is gearing up for the release of his latest romantic entertainer, Nenu Sailaja. The film is slated for a January 1 release and the film’s refreshing trailer has succeeded in raising expectations.

Apart from its romantic track, Nenu Sailaja also features touching sentimental drama between the film’s heroine and her father, played by Keerthy Suresh and Tamil star Satyaraj respectively, and the scenes featuring him and Keerthy Suresh are said to be one of the highlights of Nenu Sailaja. Satyaraj also plays a crucial role in the film’s second half, revealed the film’s unit.

Directed by Kishore Tirumala, Nenu Sailaja has been produced by Sravanthi Ravi Kishore.