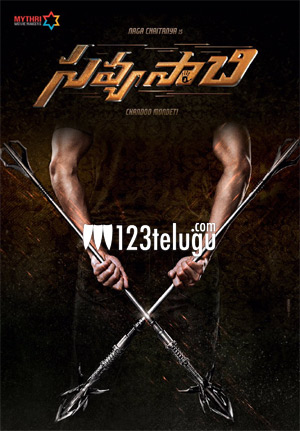 After being in news for the last couple of months, Naga Chaitanya’s latest film in Premam director Chandoo Mondeti’s direction, Savyasachi, has begun in Hyderabad at 9 AM today. The film has Bollywood starlet Nidhi Agerwal of Munna Michael fame playing Chay’s love interest.

Savyasachi has a unique plot. Savyasachi is touted as the second Indian film based on the Alien Hand Syndrome (AHS). The film is a thriller and Chandoo is said to have come up with an exciting characterization for Chay. Veteran composer MM Keeravani will score the music and Mythri Movie Makers banner is bankrolling the movie.