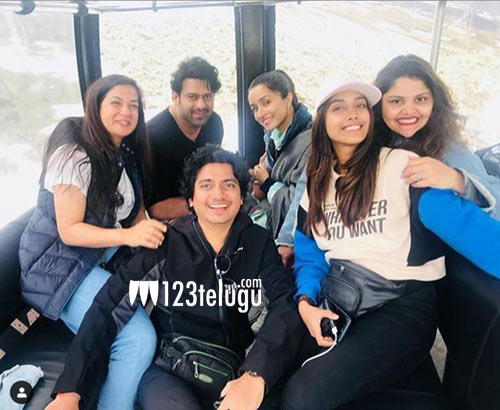 It’s well known that the unit of Prabhas’ highly-anticipated action thriller, Saaho, is currently shooting a high-voltage action sequence in the snow-capped Austrian Alps. Prabhas and heroine Shraddha Kapoor are taking part in the shoot that’s underway at a snow resort in Solden.

As per the latest updates, a scary incident occurred recently after the day’s shoot was wrapped up. Prabhas, Shraddha and her make-up and costume assistants were stranded in a cable car at 1,368 meters height in midair. The cable car services were stopped after it began raining heavily. It was turning dark and the girls were having some anxious moments.

Apparently, Prabhas assured them that either the rain will stop or rescue operation will begin very soon. Much to everyone’s relief, the rain stopped after half-an-hour and the cable car started ferrying them down to the base.