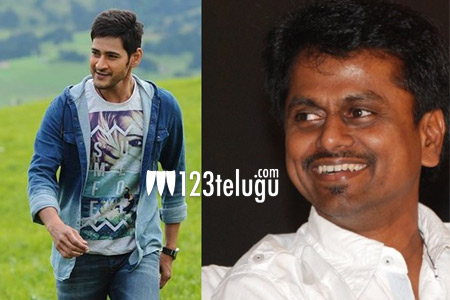 With the stupendous success of Srimanthudu, Superstar Mahesh Babu reiterated that different yet sensible films will always find their audiences. The actor is currently shooting for Brahmotsavam. In April next year, Mahesh will team up with star Tamil director AR Murugadoss for a high budget entertainer.

As per the latest update from the film’s unit, the script work for this crazy project has been completed. Pre-production work is in full swing and Murugadoss and his team will soon leave for Mumbai to scout for locations. Nearly 60 days of the film’s shoot will take place in Mumbai. The film is rumored to be made with a budget of a whopping 110 crores.

Harris Jayraj will compose the music for this film, which will be jointly produced by NV Prasad and Tagore Madhu.