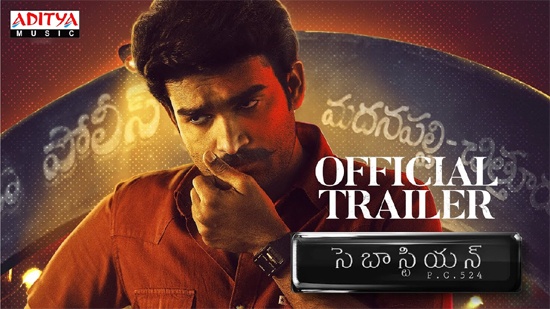 The trailer looks promising and the concept of the hero having night blindness is an intriguing point to note. The trailer showcases Kiran Abbavaram as a police constable, who is afraid of doing night duties because of his disorder. Later the department suspends him for his failure in stopping a theft. One day, someone kills a married woman in the town and throws a challenge to the police. How the suspended constable chases down the murderer is the rest of the story we need to watch on big screens.

The concept is really interesting and Kiran Abbavaram looks good in the character. His timing will be an asset to the film. Besides, the background score by Ghibran elevates the trailer. The visuals also look rich.

Nuveksha and Komalee Prasad are playing the leading ladies in this movie. Senior actress Rohini, Adarsh Balakrishna and others are also a part of this movie. Produced by Siddareddy B, Raju, Pramod under the Jovitha Cinemas banner, the movie will hit screens this Friday.