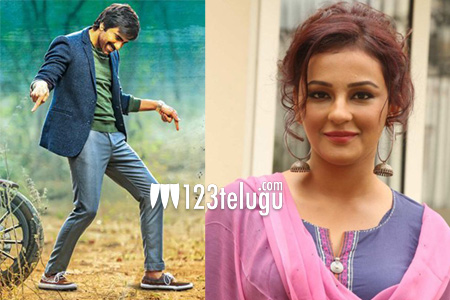 Seerat Kapoor is on a roll these days with quite a few Telugu films coming her way. She’s juggling between the sets of Raju Gari Gadhi 2 and Ravi Teja’s Touch Chesi Choodu. Apart from these two films, she’s also part of another sci-fi film with Allu Sirish.

The actress, who’s pairing up with Ravi Teja for the first time, revealed that Ravi Teja’s energy is quite infectious on the sets of the film. “He takes you by surprise and there’s never a dull moment when he’s around. We were supposed to shoot a romantic scene on my first day of shoot and usually, we take a while to get the chemistry right; however, with Ravi Teja it was never an issue. He’s phenomenal,” Seerat said.

Seerat will be seen playing a modern working woman in this film, whereas in Raju Garu Gadhi 2 she’ll be tapping into her glamorous side in her role as a dancer.