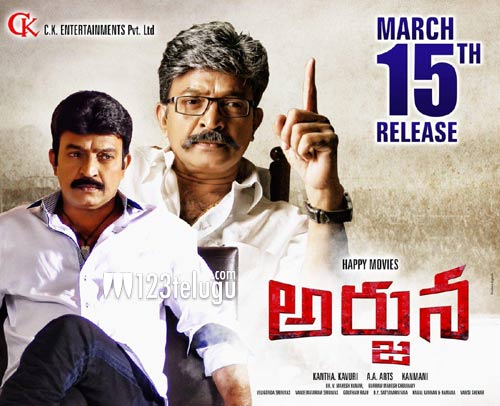 For the last few months, senior hero Rajasekhar has been in news for his ongoing film, Kalki, a high budget period investigative thriller. Surprisingly, even before Kalki hit screens, Rajasekhar has lined up a political drama for its release.

Rajasekhar’s soon-to-release film has been titled Arjuna. He plays dual roles in the movie, one of a middle-aged officer and another a seasoned politician. Arjuna has completed its censor formalities with a UA certificate. The film is slated for release on March 15. Kanmani has directed the film and C Kalyan has produced it.