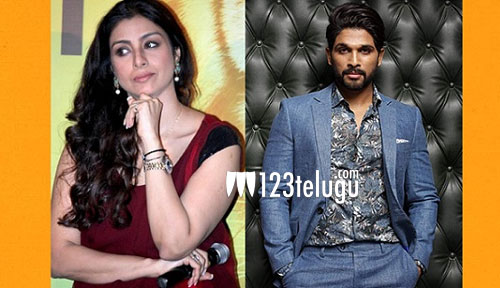 It is a known fact that yesteryear actress Tabu is playing a crucial role in Allu Arjun’s new film which is being directed by star director Trivikram.

Tabu has already joined the shoot and filmed for a few days. In one of her interview, Tabu spoke to the Hindi media and said that she is just loving the sets of Trivikram and is in awe of Allu Arjun’s hard work for the film.