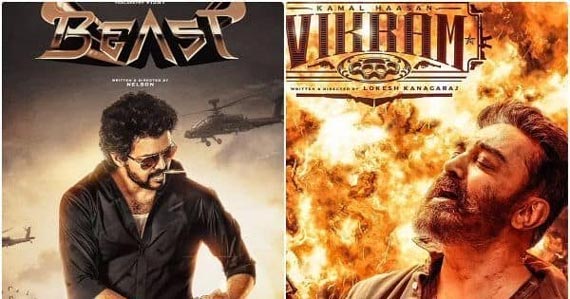 Universal actor Kamal Haasan-starrer Vikram, which was released a couple of days ago, has been doing phenomenal business at the box office everywhere. Vijay Sethupathi, Fahadh Fassil and Suriya also played powerful roles.

The latest news is that the multilingual multi-starrer film has surpassed the lifetime collection of the Kollywood star Vijay’s Beast in just 2 days. According to the PR, the movie collected more than Rs. 58 crores on day 1 and made more than that on day 2. With this, the movie has crossed Beast’s final collections, Rs 65.45 crores.

The action-packed thriller, directed by Lokesh Kanagaraj, is produced by Kamal Haasan and R Mahender under the Raaj Kamal Films International banner. Anirudh Ravichander has rendered the soundtracks for this biggie.