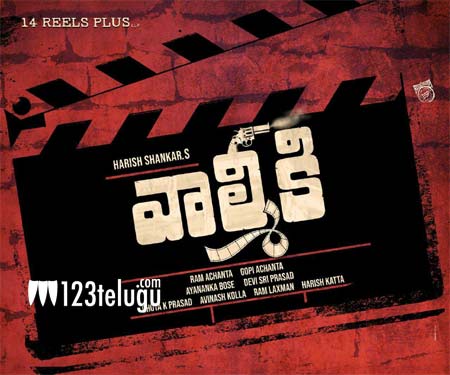 Director Harish Shankar and Varun Tej’s Valmiki had its inaugural ceremony recently. The film is an official remake of the acclaimed Tamil gangster comedy, Jigarthanda. Meanwhile, Valmiki seems to have landed in a major controversy.

Several members of the National Valmiki Joint Action Committee in Mahanandi, Kurnool, are protesting against the film’s title. “The makers have shown a gun and weapons along with the Valmiki title logo and insulted the great sage Valmiki by using his name for a crime film. This severely hurt our sentiments,” said one of the protestors. The protestors further demanded Harish Shankar to change the film’s title with immediate effect. “If he fails to honor our demand, we will obstruct the film’s shooting,” the Valmikis warned.

Incidentally, Harish Shankar had faced severe objections from the Brahmin community for allegedly misusing vedic chants for a song in his previous film, Duvvada Jagannadham. Bowing to the pressure, Harish Shankar replaced the objectionable words during DJ’s release. His response regarding the Valmiki title controversy is awaited.