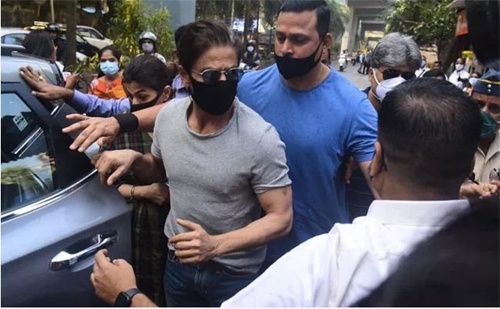 For the first time since the arrest of his son Aryan Khan in the sensational cruise ship drug case on the night of October 2nd, Bollywood superstar Shah Rukh Khan today met Aryan at the Arthur Road prison. Shah Rukh spoke to Aryan for nearly 30 minutes. However, details about the father-son duo’s meeting have been kept under wraps.

Yesterday, for the third time, a special court in Mumbai had denied bail to Aryan Khan in the drugs case. Aryan’s bail plea will again be heard on October 26. Millions of fans and the Bollywood fraternity has been standing by Shah Rukh and his family in these hard times. The Narcotics Control Bureau (NCB) recently counseled Aryan and others arrested in connection with the drugs case.