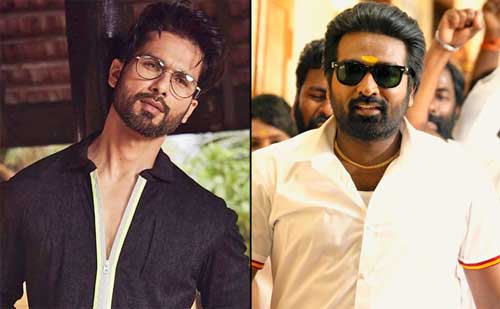 Web Series are the need of the hour and some of the biggest stars in the country are doing shows on the small screen. Out of them, the news star to join the bandwagon is Shahid Kapoor.

He is starring in a web series that will be directed by Raj and DK. The latest update is that series has been titled Sunny and will start its soot next week in Goa.

What’s more special is that none other than Vijay Sethupathi will be doing a key role in the series. Shahid Kapoor is paired opposite the ravishing Raashi Khanna for this series that will be out on Amazon Prime Video.