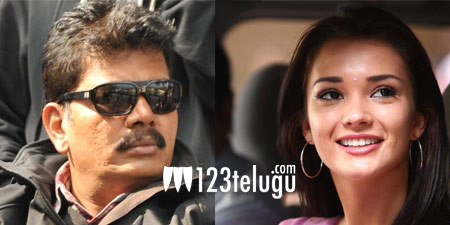 Ace director Shankar shocked Amy Jackson, the lead actress in 2.0, with his creativity. Except for a song, the rest of the film’s shooting has been completed and recently, when Amy went to Chennai for the costume trials of the song, she was stunned to see how Shankar had envisioned the song.

Talking about the song, Amy said, “I’ve just tried my costumes for the song of @2Point0movie – erm, WOW!!!!!! They are next level amazing 😱 Shankar’s vision 👏🏼 .” In the past, Shankar had mesmerised everyone, especially when it comes to songs, with his films like I and Robo. Now, we’ll have to wait and see what he has done with Amy Jackson in 2.0.

The film stars Rajinikanth, Amy Jackson, and Akshay Kumar in lead roles. 2.0 will hit the screens in late January, 2018.