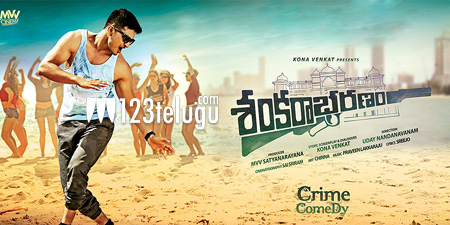 Nikhil’s Shankarabharanam opened to some mixed response from all over. But the crime comedy has attracted its target audience in certain areas and to cash in on this, the team of Shankarabharanam have planned some aggressive promotions.

Anjali, who played a cameo in the film has been giving out interviews and was seen promoting the film big time. The movie unit also gave a surprise visit to one of the theaters in Karim Nagar yesterday night and were happy with the turnout.

30 Years industry Pruthvi and his comic performance has become the talking point all over. Nanditha is the female lead and Kona Venkat has written the story and produced the film.