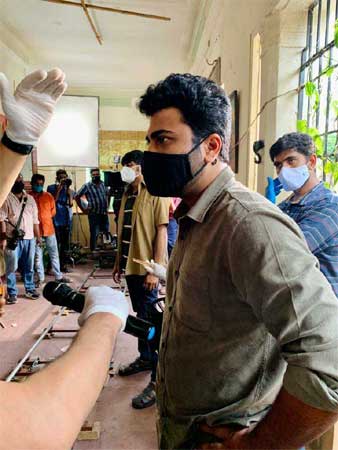 Sharwanand is going through a bit of a dull phase as he had given some flops. To Change this, he signed some good films which he pinned a lot of hopes on.

He was actually waiting for the call from his makers all these days to resume the shoot of his ongoing films. Finally, he commenced the shoot of the last schedule of his movie with debutant director Shree Karthick yesterday.

The shoot of The Telugu-Tamil bilingual film is presently happening in Chennai. Starring Ritu Varma along with Amala Akkineni, Priyadarshi, and Vennela Kishore, this untitled movie is produced by SR Prakash Babu and SR Prabhu under the banner Dream Warrior Pictures.