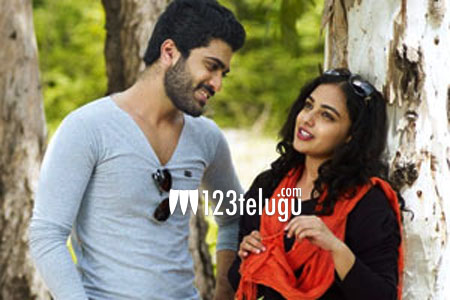 Sharwanand and Nithya Menen will soon be seen in a romantic entertainer. The untitled film is being directed by Kranthi Madhav and it is being produced by K A Vallabha. K S Rama Rao is presenting it.

The film’s shooting began recently and already 50% of the film’s talkie part has been wrapped up in the first schedule itself. A huge set worth Rs 50 lakhs was constructed in Vizag and several crucial scenes were shot on the lead pair in this schedule. The second schedule is going to begin from June 1 in Hyderabad.

Punarnavi, who was last seen in Uyyala Jampala, is playing an important role in this film. Sharwanand will be seen as an athlete and the film is being touted as a soulful love story. Gopi Sundar is the music director and Gnanasekhar is the cinematographer. Sai Madhav Burra has written the dialogues.