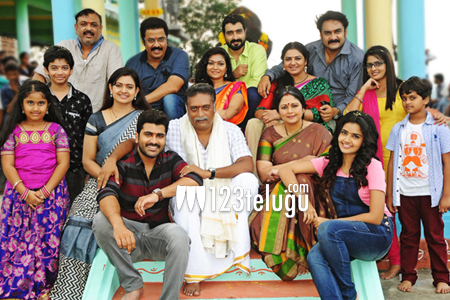 Young hero Sharwanand’s ongoing family entertainer, Shatamanam Bhavathi, is nearing its completion. Currently, the film’s shooting is progressing in Amalapuram and the entire talkie part will be wrapped up by November 18.

After this, the unit will can a few songs and wrap up the entire shooting by the 28th of this month. Being directed by Satish Vegesna and produced by Dil Raju, Shatamanam Bhavathi stars Anupama Parameshwaran as the female lead. This wholesome family entertainer will be releasing for Sankranthi.