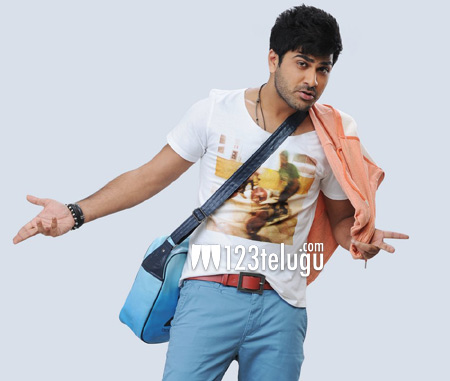 Sharwanand, who was last seen in Satya 2, is now busy with the shooting of his upcoming action entertainer titled ‘Run Raja Run’. Sujeeth Sign, who had directed several short films before, is directing this film. The makers of ‘Mirchi’, Vamsi and Pramod are producing this film under UV Creations banner.

Currently, the film is being shot in Ramoji Film City. So far, nearly 50% of the film’s talkie portion has been completed and the film unit will head to Goa at the end of the month for another major schedule. Talking about the film, the producers, Vamsi and Pramod said, “When we were thinking about the film’s title, the entire team decided that ‘Run Raja Run’ will be quite apt for the film. We are really happy to have a wonderful technical team onboard. It’s a contemporary film and we are confident of its success.”

Seerath Kapoor is the lead actress and it’s her debut film in Telugu. Madhi is the cinematographer and Ghibran is scoring the music.