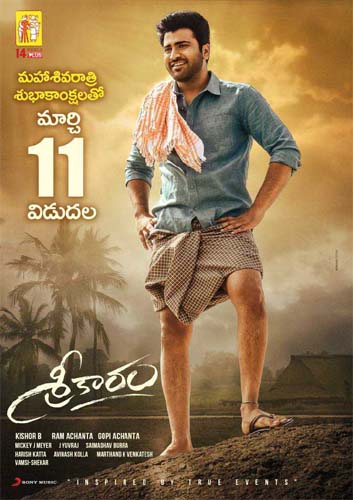 Hero Sharwanand’s upcoming rural drama, Sreekaram, has been making a lot of buzz ever since the film’s super hit first single ‘Bhalegundi Bala’ released last year. Sharwa plays a farmer and young Tamil actress Priyanka Arul Mohan will be seen as his leading lady in the movie.

Sreekaram’s makers have just announced that the film will be hitting screens on March 11, on the auspicious Maha Sivarathri festive day. Being directed by debutant Kishore, the film is produced by Ram Achanta and Gopi Acharya under 14 Reels Plus banner. Mickey J Meyer’s music will be one of the film’s main highlights.