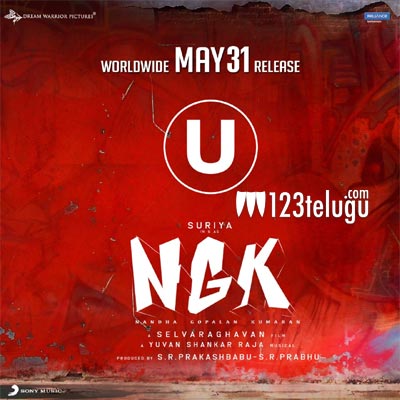 Tamil star Suriya’s upcoming political drama, NGK, is gearing up for a simultaneous release in Tamil and Telugu on May 31st. Meanwhile, the latest we hear is that the film has cleared the censor formalities and received a clean U certificate.

Getting a U certificate for a political action thriller like NGK is quite shocking to fans and the audience. On the other hand, the film’s pre-release event will be held on the 28th of this month at JRC Convention in Hyderabad.