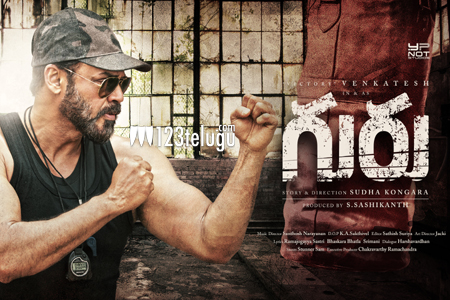 The first look of Victory Venkatesh’s ‘Guru’ was met with a thumping response on social media, where it trended across India. The movie is an official remake of Madhavan’s superhit film ‘Sala Khadoos’.

The movie’s shoot is going to commence in Visakhapatnam on the 19th at Ramanaidu Studios. The movie will be shot at a fast pace, with short and crisp schedules. A major portion of the movie will be completed in Vizag itself.

The film is being directed by Sudha Kongara and Ynot Studios is the production house behind the movie.