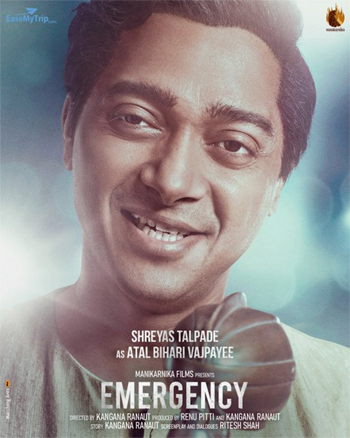 It is a known fact that Bollywood star actress and superb performer Kangana Ranaut is essaying the role of Smt. Indhira Gandhi for the film Emergency. Kangana herself is directing this film besides providing the story too. The film depicts the emergency period set in India during Indhira Gandhi’s regime.

The character posters of Kangana and Anupam Kher were terrific and so is this Shreyas Talpade’s poster. Ritesh Shah is taking care of the screenplay and dialogues of the movie. Renu Pitti and Kangana Ranaut are producing this movie under the Manikarnika Films banner. The movie will hit screens in 2023.