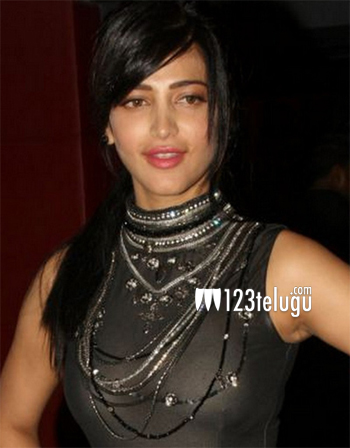 In the movie industry, one hit film can change your entire career. That is what exactly happened to the beautiful Shruthi Haasan. Once Gabbar Singh was declared a blockbuster hit, there was no looking back for Shruthi Haasan. She has a host of release lines up in Telugu and is acting opposite top stars like Ram Charan and Allu Arjun. Not only in Tollywood, but Shruthi is getting busier in Hindi films too.

Two of her latest films D Day and Ramiaya Vastavaiya released yesterday and have received superb response from the public. Shruthi has become talk of the town and has been flooded with huge offers in Bollywood. Life has not been so easy for this young starlet who had to come out of her fathers lineage and popularity. Within no time Shruthi Haasan has established herself as a top actress and is giving other actresses a run for their money.