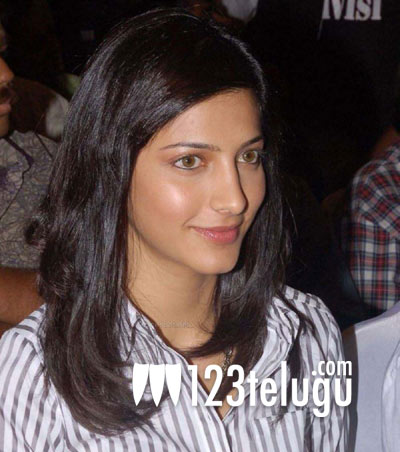 Yes you heard it right. The tall and lanky beauty Shruthi Haasan who made her debut in Bollywood with ‘Luck’ did not see much success in both her films. Later she shifted her focus and became busy in the south. But things changed after her latest film Gabbar Singh went on to become a block buster. She is once again back in high demand everywhere. To cash in on her success, choreographer turned director Prabhu Deva is all set to relaunch her in a big way with his next movie in Hindi . Prabhu Deva’s next will be featuring TIPS music industries owner Ramesh Taurani’s son Girish in the main lead. Shooting of this yet untitled film is all set to start in September. Confirming this news himself Prabhu said “We were thinking of a completely new girl. But Shruthi seems a better option. She has everything it takes.” Shruthi who is also grabbing great offers in Telugu and Tamil and will be seen in a film opposite Ravi Teja later this year.