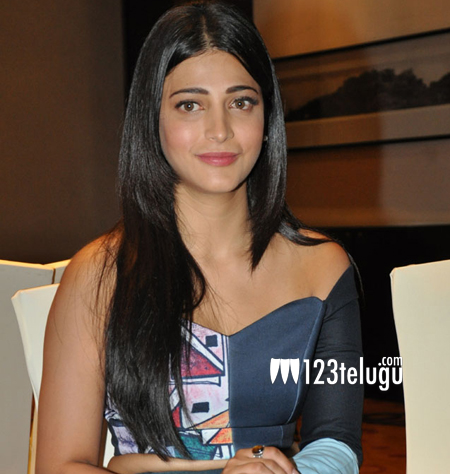 We have earlier reported that Shruthi Hassan will be seen in Suriya’s Singham 3. Shruthi Hassan has a number of films in hand and she can certainly be appreciated for agreeing to do several type of roles and breaking the stereotype.

According to the latest buzz, Shruthi Hassan will be doing her own stunts in Singham 3 alongside Suriya. It is also said that the stunts will be quite devilish and stunning. The shooting of the film was supposed to start last week in Visakhapatnam but eventually got delayed due to incessant rains in Chennai.

Shruthi Hassan will be seen in the role of a CID officer in this action entertainer. She recently revealed that she has done extensive research to bring originality to the role. Also starring Anushka, the film is being directed by Hari. Harris Jayaraj is scoring the music for the film which is being produced by Suriya’s home production 2D Entertainments.