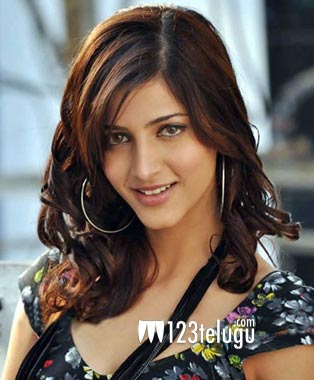 Shruti Haasan has officially begun shooting for her upcoming film in Harish Shankar’s direction. Although she signed the film last month, Harish Shankar confirmed that she’s playing a special role in the film only last week. A photoshoot has already been done on Shruti Haasan and she seems to be quite excited about teaming up with Harish Shankar. NTR is playing the lead role in the film and it’s the first time that Shruti Haasan is teaming up with NTR. Samantha is the other lead actress in this action entertainer. “First day of shoot with @harish2you lots of fun is being had on the set!good to be back to this team :),” Shruti Haasan tweeted. The film’s first schedule was shot last month in Hyderabad. NTR is reportedly playing a college student in the film. Dil Raju is producing the film. Thaman is scoring the music.