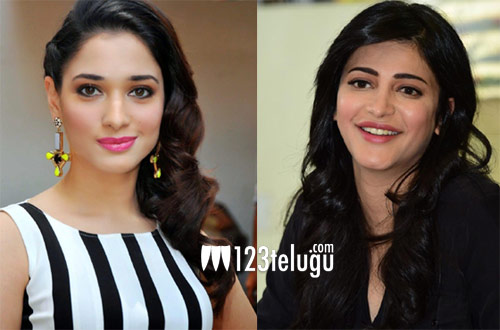 Shruti Haasan and Tamannaah are two of the closest friends in the industry, and whenever they are in the same city, they make it a point to meet and hang out. Interestingly, although the duo have never shared screen space, Shruti Haasan shook a leg in a special song in Mahesh Babu, Tamannaah starrer Aagadu.

Now, the actress has sung the title track of Tamannaah’s upcoming film, Khamoshi. Directed by Chakri Toleti, the film is a thriller which also has Prabhudeva in a lead role. The title track, titled Khamoshi, has been composed by Shamir Tandon, and the lyrics have been written by Zeest.

Khamoshi tells the story of how a young woman faces a mysterious man, who wants to killer her in the middle of the night. The film is slated for release on June 14.