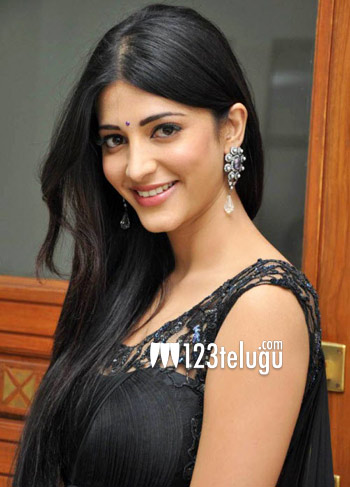 Ravi Teja, Shruti Haasan starrer Balupu, which released earlier today, has been received quite well in all centres. Directed by Gopichand Malineni, the film is a well packaged action entertainer that managed to showcase Ravi Teja’s mass angle after a long time. On the other hand, Shruti Haasan is on cloud nine, thanks to the response for the film. It’s her first Telugu film since Gabbar Singh and she turned quite a few heads even before the release with her new glamourous avatar and the film did do good justice to the pre-release buzz surrounding the actress. “Thankyou all for your heartfelt tweets about balupu it means a lot to me 🙂 happy to make you laugh :p love you tweeps !! Xoxo,” she posted on Twitter. Thaman had scored the music. After Balupu, Shruti Haasan will next be seen in Ram Charan starrer Yevadu, which is slated for release on July 26.