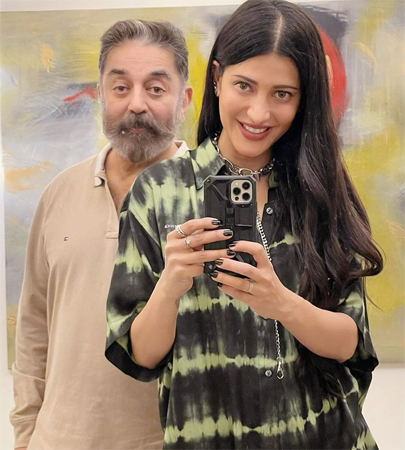 Actress-musician Shruti Haasan met with her father Kamal Haasan at his Chennai residence yesterday. Shruti took to Instagram and shared a few pictures in which she was posing with her legendary father. This casual father-daughter meeting has now become a hot topic.

Apparently, Shruti’s boyfriend Shantanu Hazarika had accompanied her as they landed in Chennai. The latest buzz is that Shruti introduced her boyfriend to her father and even got his approval. Interestingly, Shruti didn’t post her boyfriend’s pictures from the meeting.

Shruti and Shantanu reportedly started dating each other since last year. Shantanu hails from Guwahati, Assam and he is an illustrator and artist.