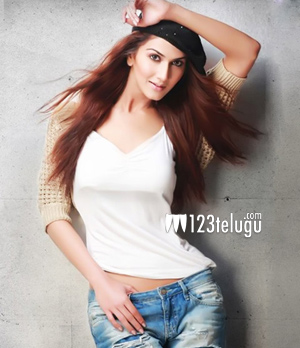 Vani Kapoor is debuting in Bollywood with “Shudh Desi Romance” which is all set to release tomorrow worldwide. Interestingly this same lady will be marking her debut in Tollywood soon. She is starring opposite Nani in an untitled film. This film is going to be a remake of the super hit Bollywood film “Band Baaja Baarat”. Yash Raj Films is entering in to Tollywood production with this film. Ironically Yash Raj banner is the production house behind Shudh Desi Romance.

However Vani states that this remake in Tollywood would be quite different to the original one as the set up is different completely and has said that she and her co-star are working hard not to ape the performances from the original film.