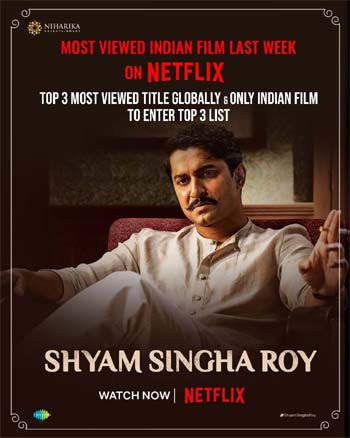 Shyam Singha Roy showcased Nani in a powerful avatar and the manner in which Nani performed in the title role won the hearts of many.

Now, the film is streaming on Netflix and has made heads turn. It stands third globally as the most-watched Indian film last week which is huge for a Telugu film.

Rahul Sankrytan directed Shyam Singha Roy which had Krithi Shetty and Sai Pallavi in lead roles. Nani was seen in a double role.