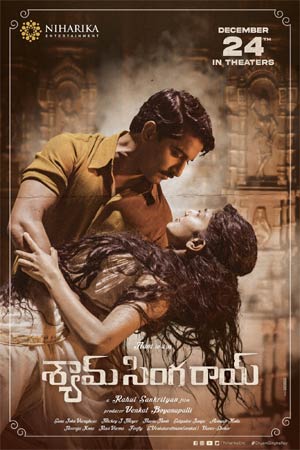 Nani’s latest theatrical outing, Shyam Singha Roy garnered decent reviews and is in its third week as of now

Now, Shyam Singha Roy is gearing up for its OTT release and the word is that the film will be out on the 21st of this month on Netflix.

The film is a periodic action drama and is directed by Rahul Sankrityan. Sai Pallavi and Krithi Shetty played female leads in this film.