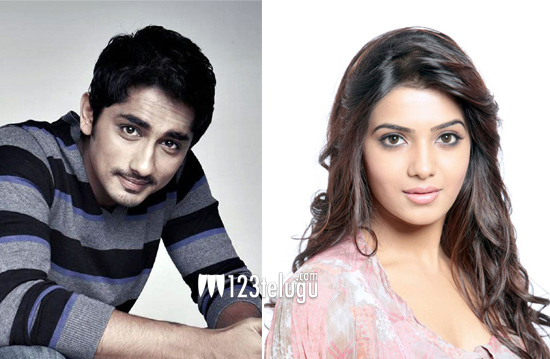 Siddharth and Samantha who were last seen onscreen in Jabardasth movie have teamed up yet again. But now it is for the shoot of a TV commercial ad which took place in Bangkok recently. Both of them are jointly endorsing the brand LUX which earlier had most of the beautiful heroines and star heroes endorsing it.

In fact Samantha was visibly super excited on her new endorsement as she has expressed openly that she has always secretly admired to be the next LUX girl and she could finally fulfil her wish. She even thanked Siddharth for taking part in the shoot which has helped her very much. The new commercial will be aired on television starting November this year.