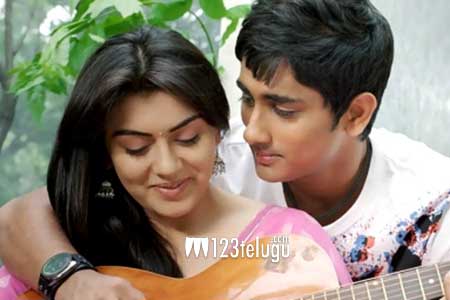 Siddharth and Hansika are teaming up for the second time after Venu Sriram’s Oh My Friend, which released in November, 2011. The two will soon be seen in Sundar C’s upcoming bilingual film. The film’s Tamil version has been titled as Theeya Velai Seiyyanum Kumaru and the Telugu title hasn’t been confirmed yet. Apart from Siddharth and Hansika, the film also has Ganesh Venkatraman, who was last seen in Dhamarukam, in lead role. The film is being touted as a romantic comedy and all three of them play IT professionals. Apparently, there’s an interesting love triangle among them and popular comedian Santhanam will be seen in an important role. The film will go on floors in January, 2013. Khusbu Sundar is going to produce this bilingual film. Currently Siddharth is busy wrapping up the remaining portions of his upcoming Telugu film Jabardasth in Nandini Reddy’s direction and NH-4 in Manikandan’s direction. Hansika has been shooting for Karthi’s upcoming film Biriyani for the past few days.