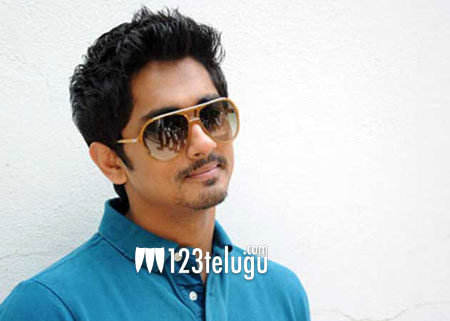 After playing a small cameo as NTR’s brother in the 2013 film, Baadshah, actor Siddharth has been away from the arc lights in Telugu films and focused on his Tamil films. As per the latest reports, Siddharth is all set to make his comeback to Telugu films.

Following the much cherished success of his last release, Guntur Talkies, director Praveen Sattaru has prepared a romantic drama and he has roped in Siddharth to play the main lead. The reports also reveal that Siddharth will be seen as an IT professional who is in search of love.

Apparently, the film’s story explores the long-distance relationship between the main lead. A majority of the film’s shooting will take place in Ladakh and Srisailam. The makers are yet to zero in on the actress who will play Siddharth’s love interest.