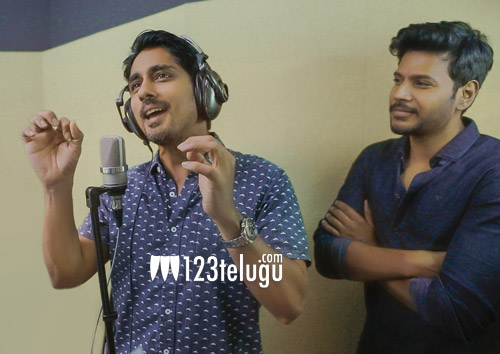 It is a known fact that Sundeep Kishan is producing a film called Ninu Veedani Needani Nene on his Venkatadri Banner. The film is nearing its completion and the latest we hear is that star hero, Siddharth has crooned for a song in the film.

The song has been titled Excuse Me Rakshashi and will come at a crucial time in the film. S S Thaman has composed the song and he says that Siddharth has given a unique touch to the number.

Anya Singh plays the female lead in this film which is being directed byCaarthick Raaju.