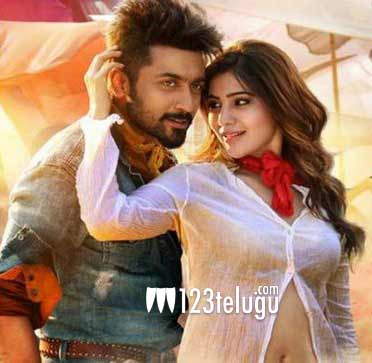 Tamil star Surya’s upcoming film ‘Anjaan’ is been dubbed into Telugu with the title ‘Sikandar’. Latest reports state that the Telugu version will complete its censor formalities today. Lagadapati Sridhar is producing this film in Telugu.

The makers have planned to release the Telugu audio on July 31. Interestingly, Kamal Hasan, King Nagarjuna and Stylish star Allu Arjun will be launching the audio. Samantha is paired opposite Suriya in ‘Sikandar’, which is directed by Linguswamy.

This film is slated to release on August 1 in Tamil, Telugu and Hindi simultaneously. Yuvan Shankar Raja is scoring music for this film and Santhosh Sivan is the cinematographer.