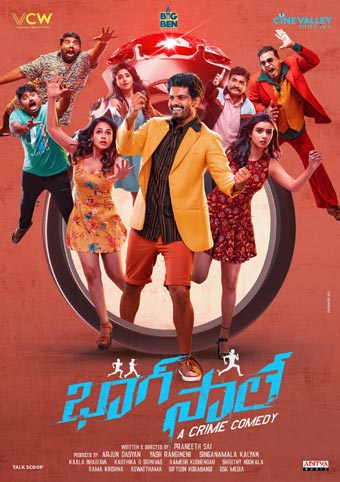 After the debacle of Dongalunnaru Jagratha, Simha Koduri, son of MM Keeravaani, is coming with a comedy movie. As announced earlier, the title and first look poster have been released today. Written and directed by Praneeth Sai, the movie has Neha Solanki as the lead actress.

Billed to be a crime comedy film, the film is titled Bhaag Saale. The makers have also released the first look poster that consists of all the cast of the movie.