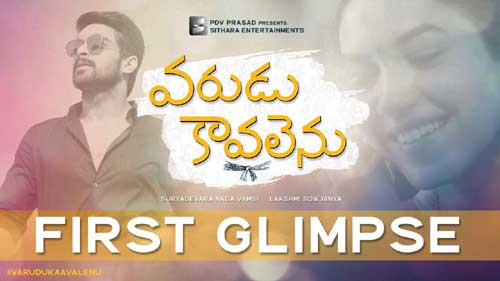 The makers of Naga Shaurya and Ritu Varma’s ongoing film released the first glimpse of the film to announce the film’s title. This cool and breezy romantic family entertainer has been titled Varudu Kavalenu.

Varudu Kavalenu’s first glimpse is simple and pleasant. The film’s story seems to be about the drama that centres around the lead couple’s wedding. The short video that was released along with the poster has a soothing music composed by Vishal Chandrashekhar.

Noted production house Sithara Entertainments is bankrolling this project and debutant Lakshmi Sowjanya is directing the movie. The film’s regular shooting is underway in Hyderabad.