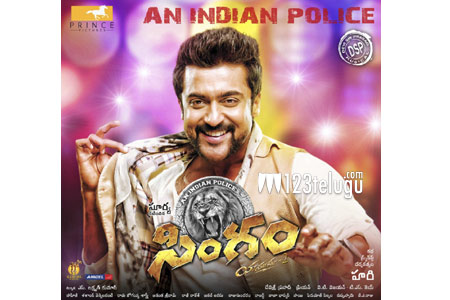 Suriya’s upcoming film Singam (Yamudu 2) is gearing up for a wide release across the state on July 5. The film is a sequel to Yamudu, which released in 2011 and did quite well at box-office. Suriya, Anushka and Hansika have played the lead roles in this film and Hari has directed the film. Gnanavel Raja is presenting the film Lakshman Kumar has produced it under Prince Pictures banner. Except for Singam, there’s no other big budget straight Telugu or dubbed film which is going to release this weekend. Suriya has a good market in Telugu and the presence of Anushka has certainly added more to the buzz. No wonder the film is releasing in a huge number of theatres. Devi Sri Prasad has scored the music. A major portion of the film has been shot in South Africa and Southern region of Tamil Nadu.