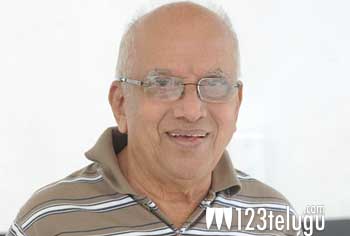 The movie ‘Aditya 369’ created a sensation when it came out 25 years ago. The film was one of the first time travel movies to be made in India and it is considered to be one of Nandamuri Balakrishna’s best movies. It is also a testament to the genius of Singeetham Srinivasa Rao.

The veteran director is very keen on making a sequel to the film, with Aditya 999 and Balakrishna himself is said to be quite keen about the idea. But the actor has gone on to ‘Gautamiputra Satakarni’ and ‘Rythu’ for his next few projects. There is no update about Aditya 999’s production for now.

But director Singeetham is not one who gives up easily. He has already completed the script work of Aditya 999, according to sources. He is hopeful about getting the film onto floors soon. Perhaps, a younger director may handle the movie under Singeetham’s supervision.