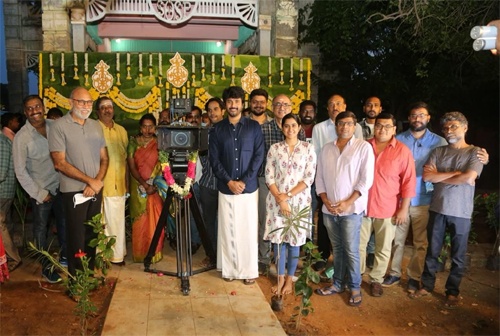 It is known that Kollywood actor, Siva Karthikeyan’s debut Telugu movie is officially announced last month. Directed by Anudeep of Jathi Ratnalu fame, the movie has been launched today with a formal pooja.

The movie was launched in a grand manner in Karaikudi, Tamil Nadu. Siva, Anudeep and others attended the ceremony. Besides launching, the regular shoot of the movie, tentatively titled SK20, has also commenced today.

The Tamil-Telugu movie, which is bankrolled by Sree Venkateswara Cinemas LLP, Suresh Productions and Shanti Talkies on a grand scale, has Thaman as the music director and Manor Paramahamsa to crank the camera.

More details about the rest of the cast and crew will be announced soon. Keep watching this space for more info about this movie.