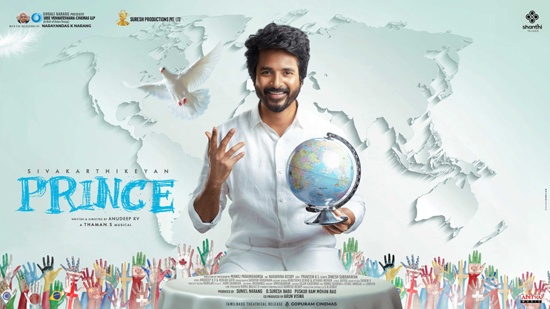 It is a known fact that Tamil star hero, Siva Karthikeyan is making his Telugu debut soon. The film is being directed by Anudeep of Jathi Rathnalu fame and is almost done with its shoot.

Today, the makers have revealed the first look poster and title of the film. The comedy caper has been titled ‘Prince’ and shows Siva Karthikeyan in an endearing manner in the first look.

Ukraine beauty Marina Ryaboshapka is the female lead in this movie. Sree Venkateswara Cinemas LLP, Suresh Productions and Shanthi Talkies have teamed up to produce this movie, which has Thaman’s music.