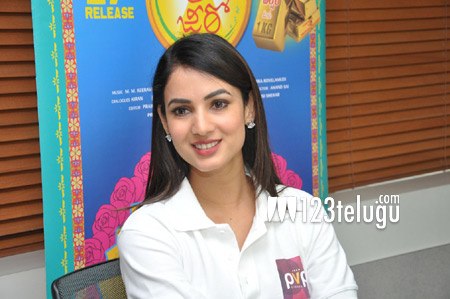 Anushka starrer Size Zero is ready for a grand, bilingual release this Friday. This has been the most talked about movie in recent times and expectations are quite high. Sonal Chauhan, who plays a pivotal role in the film, recently spoke to a leading newspaper revealing some tidbits about the movie.

Actress Sonal Chauhan says the issue of weight struggles has been addressed in a “most sensitive” and “beautiful manner”. She claimed, “The beauty of the film lies in the way it addresses a major issue with so much sensitivity. It presents everything in such a lighter vein that it will instantly connect with the audience.”