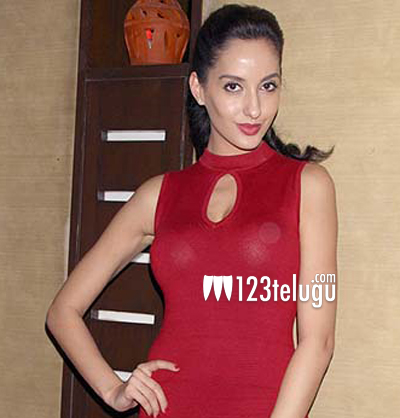 Norah Fateri, who was earlier seen as an item girl in movies such as Temper and Bahubali, will also be seen in Nag-Karthi’s Oopiri. She will shake a leg with Karthi in an item song which is currently being shot in Hyderabad.

Norah definitely has smoldering looks and and a hot physique. She has what it takes to make the crowd go wild in a peppy song composed by Gopi Sunder.

Vamshi Paidipally has directed the film and Tamannah is cast as the female lead. Renowned production house PVP Cinema had produced this multi-starrer in both Telugu and Tamil simultaneously. The movie is scheduled to be released on 5th February, 2016.