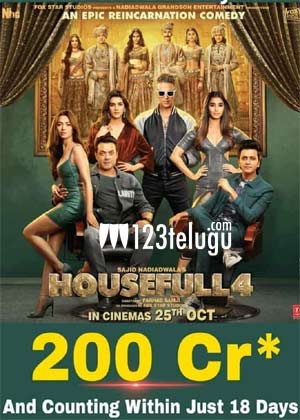 Housefull 4 is a smash hit at the box office. But that was not the case on the first day as some of the top critics in Bollywood slammed the film.

The reviews were poor and the first-day collection was not that great. But the public showed interest in the film and made it a big hit now.

Even with such flop talk, the film has crossed the 200 crore mark which shows the power of Akshay Kumar and word of mouth.

Farhad Samji directed this film which was produced by Sajid Nadiadwala.