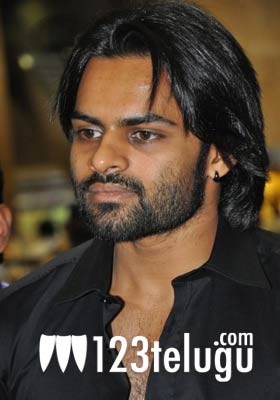 Mega Hero Sai Dharam Tej is yet to make his official debut in Tinsel town. But he is being subjected to a slapping festival. The young and upcoming actor is going to be seen in ‘Pilla Nuvvu Leni Jeevitham’ and in this movie,heroine Regina will be seen slapping the actor 14 times!

Sai Dharam Tej is supposed to make his debut with the yet to be released ‘Rey’ and even in that film, he is going to be slapped 11 times. Why this slapping festival for Dharam Tej? Well apparently the young lad’s expressions are super during these scenes and that is why directors are using it.

Ravikumar Chowdhary is directing ‘Pilla Nuvu Leni Jeevitham’ and the movie is jointly being produced by Dil Raju and Allu Aravind.