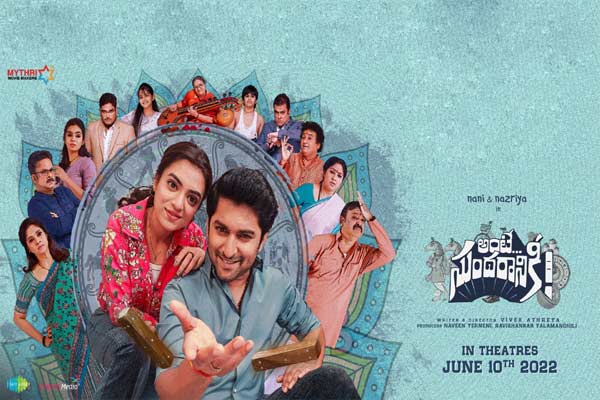 Nani has promoted Ante Sundaraniki quite well and even brought Pawan Kalyan to promote the film. Looks like this has not worked that much as the film has taken a slow start on day one.

As per the latest update, the film made only 3.8 crores share on day one in the Telugu states. This is quite low when compared to Nani’s last few films in recent years.

The occupancy on the weekend is good in Nizam but that is not enough as the film needs to attract more audience in all centers across Telugu states. Will, that happen or not, need to be seen?