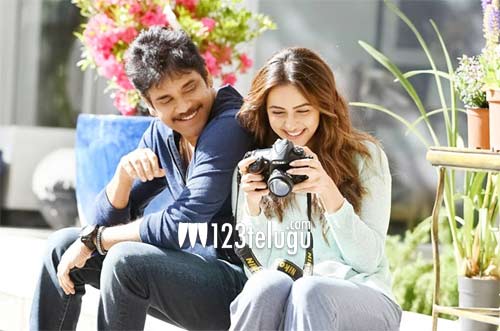 Nagarjuna’s Manmadhudu 2 is eagerly awaited by his fans. The film is slated to hit screens on August 9. A couple of teasers that introduced both Nag’s and Rakul’s characters have received a good response from fans.

Meanwhile, owing to the title craze, Manmadhudu 2 is registering solid deals from its pre-release business. As per the latest buzz in trade circles, the film’s entire non-theatrical rights, including the digital rights, Telugu and Hindi satellite rights have been acquired for a solid Rs 24 crores.

Rahul Ravindran is the director of Manmadhudu 2. Nagarjuna, Gemini Kiran and Viacom 18 have jointly produced the movie.