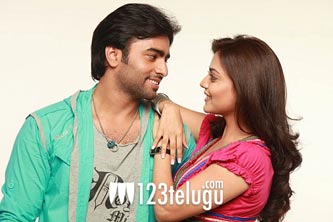 Nara Rohit’s upcoming youthful action entertainer ‘Solo – A Solid Love Story’ is going to complete its censor formalities today. The certification is expected to be complete by evening. Solo has Nisha Aggarwal, sister of Kajal Aggarwal, as the heroine. Parasuram is directing this film on SVK Cinema banner.

Mani Sharma has scored the music for this film and the songs have become quite popular in the market. This is Nara Rohit’s second film, after his critically acclaimed debut ‘Banam’. Prakash Raj is playing a very crucial character in the movie along with Jayasudha. The movie is said to contain a powerful family drama which forms the backdrop for the love story.